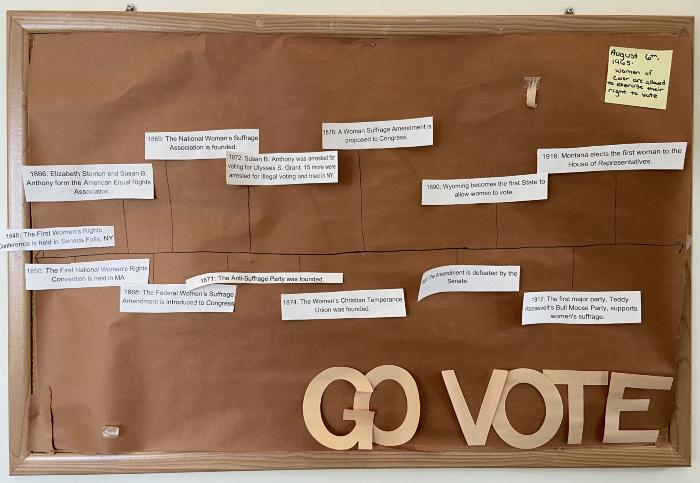 Paper bulletin board display featuring a timeline of women's suffrage laws and events in the United States. Printouts of voting events are taped on brown paper background, with cutouts of the words "GO VOTE" taped to the lower right. Produced in the fall of 2019 for a bulletin board on the second floor of Whiting Hall by Resident Advisor Cara Benjamin to encourage students' voting awareness and commemorate the 100th anniversary of women's suffrage. A handwritten sticky note referencing the ability of women of color to vote was added to the display later. Due to the abrupt closing of campus in March 2020, and subsequent use of Whiting Hall as a quarantine site for students with COVID-19, this display remained in place through August 2022.

Some elements that were part of the original design were removed by the time the item was transferred to the Archives in August 2022.